Do angels of mercy carry swords? 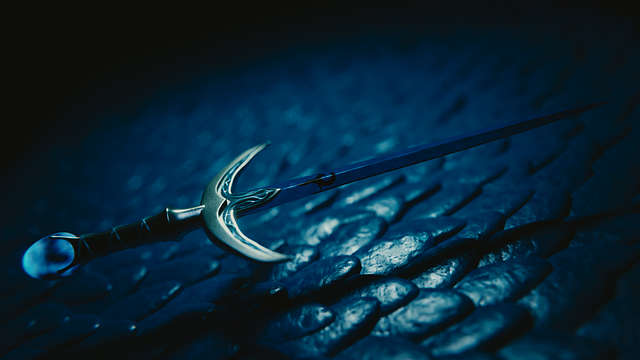 Hashem became angry that he (Bilaam) went, and He placed an Angel of Hashem on the road to prevent him (22:22)

Rav Pam answers that the Angel of Mercy’s role is to manifest Hashem’s mercy in the world, and as such, he can come in many guises and forms. He is not limited to looking sweet and cheerful offering good tidings, because his role is to bring about the ultimate good.  His job is to stop people making mistakes and help them lead their lives in the right direction — as such, He may even be wielding a sword — as long as the end result is for the person’s greater good. In fact, we may not realize at the time that he is in fact a merciful Angel — we may not even realize that he is an Angel, but Hashem can put us in any situation where people or situations can command our next move, and whether we know it or not, it’s all part of Hashem’s ultimate plan for our greater good.

To demonstrate this concept, Rav Yissocher Frand related that Rav Yaakov Kamenetzky applied for a certain Rabbinical position in Europe.  Confident that he was most suited for the job, Rav Yaakov was very disappointed when he was rejected from the position.  Ultimately, he felt that he had no choice but to head to America to find a livelihood. After several positions around America and Canada, he was eventually appointed Rosh Yeshiva of the great Yeshivas Torah Vadaas, and soon became one of the Gedolim of America.

So we see, said Rav Frand, that his rejection, even though he didn’t see it at the time, was actually the for Rav Yaakov’s greater good; for had he stayed in Europe, not only would he likely have not have become the great Rosh Yeshiva and leader of a generation that he became, but he would also have not likely survived the Nazi onslaught that totally wiped out the entire city where he wanted to serve as the community Rav.

So, when an opportunity passes us by, we should not be too disheartened.  We should have confidence that Hashem, Who only wants the best for us, is setting us up for a greater opportunity, and when the time comes, we should be ready to take it with tremendous gratitude for all of our previous “failures” that lead us to this point.

The decree of Torah