Why was the Beis Hamikdash destroyed? 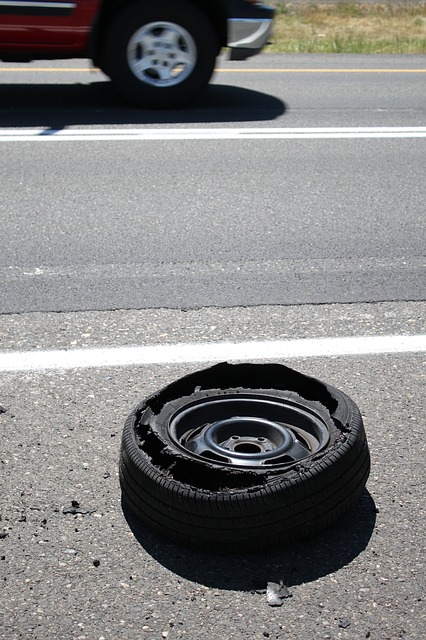 Why was the Beis Hamikdash destroyed?
Because there was baseless hatred… שנאת חינם :יומא דף ט

Rabbi Moshe Greene, a rabbi in Yeshiva Sh’or Yoshuv recounts the following humorous and inspiring story that happened to him:

I was driving in New York City and everyone knows NYC is no easy place to drive in. One day the inevitable happened while I was driving by my home in Queens, I hit something hard and my tire went flat. I pulled over and called AAA as I sat back to wait for help to come.

About a half hour later, a Latino man in his sixties pulled up. He introduced himself as Donny and with out warning, started speaking in Yiddish.
“Are you Jewish?” I asked him, completely cought off guard. He shook his head with a smile and said, “No.”
I laughed and then asked him the obvious question, “Well if your not Jewish where did you learn to speak Yiddish?”
While crouching down to examine the damaged tire he said, “I picked it up many years ago when I was hanging out with one of your buddies. Ever heard of Rabbi Yoel Teitlebaum from Williamsburg?”

I was shocked yet again. “You mean the great Chassidic leader? The Rebbe from Satmar?” I asked in disbelief.
“The one and only,” he chuckled. He than went on to explain how he was a retired NYPD cop who on numerous occasions was assigned to protect the Satmar Rebbe, Rabbi Yoel Teitlebaum zt”l. Not only would he protect him from outsiders but also from throngs of Chassidim who wanted to get near him.

Donny was assigned to be his bodyguard at home, in shul and at public gatherings. He would dress up as a Satmar chassid with a beard, peyos, and bekeshhe while scanning the crowds trying to look as inconspicuous as possible.

I just had to ask, “How were you able to tell a Satmar chassid from an impersonator?”
“Oh it was easy” he joked. “You guys are always hunched over your books. If I saw a man standing a little too straight, I kept my eye on him. He was either an impersonator or someone who ain’t taking his studies seriously!”

He then asked me if I knew of the term “Yiddishe Kop.”
“Of course,” I replied wondering where this was heading. “It refers to Jews as smart and clever people.”

Suddenly, Donny turned serious and said, “I heard you jews used to live in Israel where you had a temple, a beautiful place where you all got together for holidays. Right?” I nodded.
“I also heard about two thousand years ago you were exiled because you couldn’t get along. Correct?”
I nodded again. But he continued. “I also heard if you guys could just get along, G-d will move you back to Jerusalem and he’ll rebuild your Temple.”

Donny than leaned towards me and looked me straight in the eye. “So if you guys are so smart, with your Yiddeshe Kop how come in two thousand years you haven’t figured out how to get along?”

I just looked at him…I had no answer.

Sometimes it takes someone from the outside to prove a simple point.

If once a day we say Hello or greet someone with a smile we can sit down on Tisha Ba’av proving Donny wrong. אהבת חינם =משיח=בית המקדש

One In Ten Million!


Be A Zealot of Truth