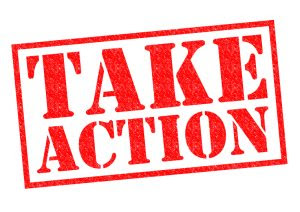 Rav Yerucham Levovits asks why the Gemora was not satisfied with the simple meaning of the words — “revere” means to feel reverence! Why does the Gemora answer the question of, “What constitutes reverence?” by stating a list of small respectful actions that a child must perform?

Rav Yerucham answers that from the strength of this question we learn a fundamental understanding in the performance of a mitzvah. Namely, one cannot fulfill a mitzvah by simply “feeling,” it must come together with an action — even a small one.[2] Therefore, when understanding the mitzvah of “feeling” reverence, the Gemora had to ask what actions are involved which lead to the feeling of reverence, for without a complimentary action, the feeling has no lasting substance.[3]

[1] Kiddushin 31b.
[2] This far-reaching principle applies equally to mitzvos of trust in Hashem, loving Hashem and fearing Hashem, as well as every other mitzvah involving the heart.
[3] Rav Yerucham learns that for this reason, the mitzvos are called “Mitzvos Asei — mitzvos of ‘do’” and “Mitzvos Lo sasei — mitzvos of ‘don’t do’” because the positive mitzvos require and action whereas the negative mitzvos specifically require an inaction. An example of a mitzvah of the heart which is fulfilled through an inaction is loving one’s fellow. The Gemora describes Hillel’s conversation without someone who wanted to know the entire Torah. Hillel’s response was, “Don’t do to others what you would not want done to yourself.” Rather than answering with the verse in the Torah, “You shall love your fellow as yourself” (Vayikra 19:18) Hillel was explaining that this mitzvah requires a specific inaction; namely, not to do to something negative to someone else, and not simply to feel a love towards him.

Reach for the Stars; Potential


Why are the forefathers (Avos) mentioned in the wrong order?