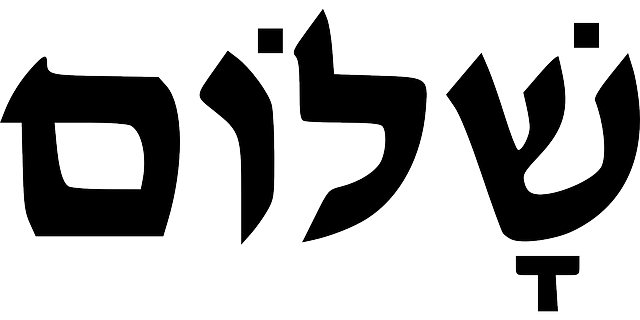 When Pinchas saw Zimri, the son of an important Jewish leader, publically sin together with the daughter of a non-Jewish Midian prince, he meted out their punishment [1]. To be more exacting he killed them both with his spear.

As a result he received ‘the Covenant of Peace’. Perhaps he deserved a covenant of law and order, or justice, but why a covenant of peace: he didn’t exactly act in the most peaceful manner!

Moshe Boudilovsky was born in Kiev. Although brought up in atheist Russia, after experiencing anti-Semitism in university and the army, he decided to find out more about Judaism.

A small group of students at the university decided to apply for a visa to exit Russia. They invited Moshe to a meeting where they decided to compose a letter to President Nixon. The meeting was scheduled for Yom Kippur and Moshe decided to go to pray instead at a clandestine service. That night he prayed like never before.

Miraculously, of all that group only Moshe, who incidentally held a sensitive position in the Russian military, making him the most unlikely candidate to succeed, received a visa. Eventually he became a Rabbi and indeed moved to Israel. Upon discovering Moshe’s success, the leader of the group broke down in tears, bemoaning “I have been trying to get a visa for six years. I have actively sent letters all over the world to major politicians. But you have just appeared on the scene and have already got your visa!”
R’ Moshe explained, “You have been sending your letters to the wrong address. You went to President Nixon, but I went to G-d”

Pinchas avenged G-d’s vengeance [2] – not for any personal considerations and not for any other consideration other than G-d’s vengeance. He didn’t consider any repercussions, or in other words lack of ‘peace’ that might result from any of the sentenced family members, even though they were important leaders. Subsequently he was awarded with the Covenant of Peace because true peace – shalom – is only as defined by G-d alone without any other subjective or political considerations. More accurately, true Shalom (is complete, ‘shaleim’, because it) has already taken all of these factors into consideration.

Shalom is one of the names of G-d. To avenge G-d means to reinforce His laws, which are the means to attain objective Shalom. And so, tit-for-tat Pinchas was awarded the Covenant of Shalom: Pinchas, who recognised this, along with his descendants, were the right address to be the ones to bless us with true Shalom.

Have a Shabbos Shalom,


One In Ten Million!